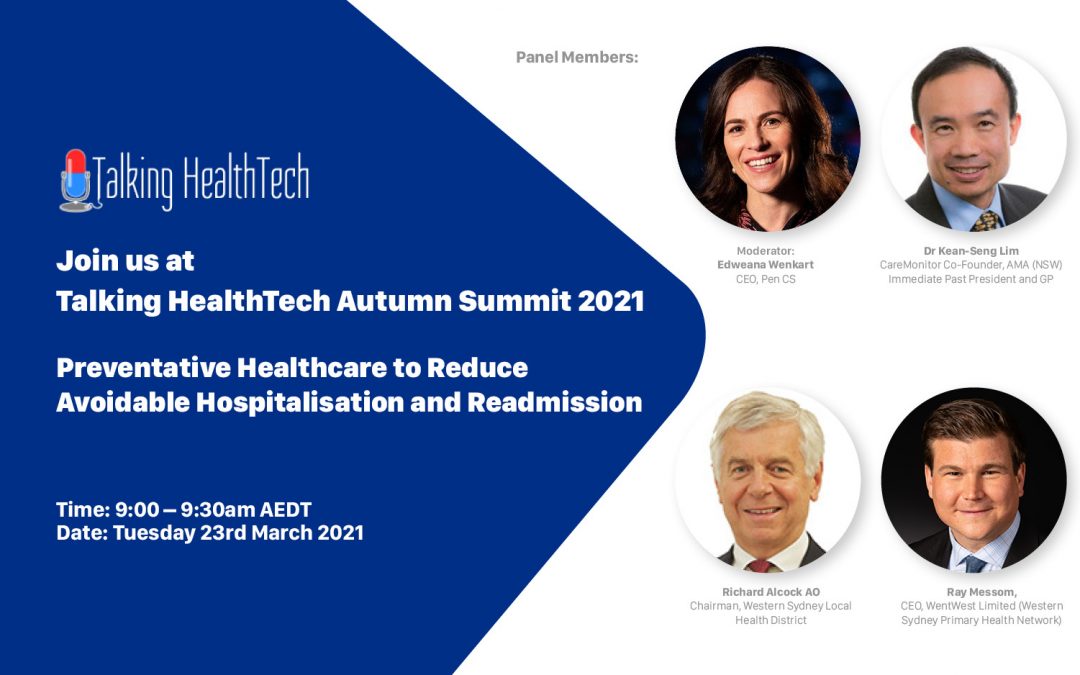 Join Pen CS at Talking HealthTech Autumn Summit 2021, which will feature a diverse group of speakers focused on innovation, entrepreneurship and technology in the Australian healthcare ecosystem.

Our CEO, Edweana Wenkart will be facilitating a panel discussion at Talking HealthTech Autumn Summit 2021 on:

Session Overview: This session will focus on how PHNs, LHDs and healthcare providers are using data and technology to drive integrated team care and break down silos in healthcare.